And finally, there is a drop in the condominium prices in Downtown Toronto! 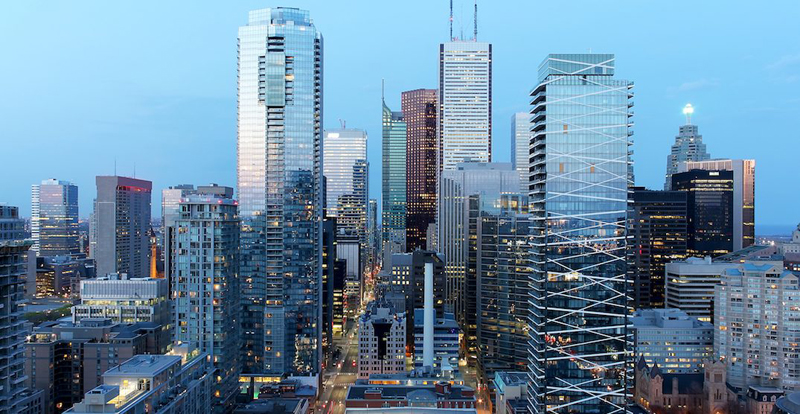 The Toronto housing bubble is deflating, even though a little slightly and the condo prices seem to be falling at a consistent rate for the first time in years.

COVID-19 has taken its toll on man and industry alike, and now it seems that the Toronto Downtown Condo Market hasn’t been left unscathed. With work-from-home becoming the new norm in the market, the downtowners are fleeing away from their high-rises in search of bigger, cheaper and more open spaces. The shift has been drastic, with The Financial Post reporting that the demand for micro-condos (unites sized 500 square feet or less) has been down 20 percent, year over year, in September 2020.

The latest Royal LePage House Price Survey, released on Tuesday, states that the aggregate price of a home in the GTA increased 11.0 per cent year-over-year to reach $922,421 in the third quarter of 2020. In Toronto, specifically, the average home prices reached about $975,980, marking a year-over-year increase rate of 11.1 per cent in the third quarter (July, August and September) of this year.

The Vice President of Royal LePage, Debra Harris said that even though the demand for condos is lower than other times, the housing market is still very healthy with detached homes making up the difference. In Toronto, we are used to strong seller markets and a balanced market can seem quiet by comparison”, Harris said.

Bloomberg News quoted on the condo trouble in Toronto that condos are “trailing other kinds of housing in the city” and noting a 215 per cent increase in condo listings within the downtown core at the end of September. The article stated that prior to COVID-19, the condos in Downtown were selling like hot-cakes with investors buying the only available form of housing under $500,000 in Toronto for the income via rents that they could charge on these units made sure they were making profits.

Royal LePage if forecasting that the aggregate home price in the GTA will go up by 8.5% in the final quarter of 2020 in comparison to the same last year, with no predications, however for the condo prices.

I guess, we will just have to wait and see what the future holds in for us.